YOGA GOES MAINSTREAM BUT WHAT ABOUT SPIRITUALITY?

YOGA GOES MAINSTREAM BUT WHAT ABOUT SPIRITUALITY?

I listened to a fascinating programme this week on Radio 4 called Corporate Karma.
(Mon 31st Jan 2011)
http://www.bbc.co.uk/programmes/b00y28q3
In this programme, Jolyon Jenkins investigates what’s happened to yoga. Asking if the arrival of chains and franchises, all selling an identical product, mean that independent yoga studios will go the same way as independent coffee shops.Whether the inner journey has now been replaced by competitive narcissism? And how can you franchise a spiritual discipline anyway? 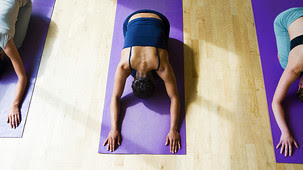 Jenkins presenting style did bring a smile to my face however. There were several moments in Corporate Karma where Jenkins explored the commercialisation of yoga and the move away from a spiritual emphasis towards fitness. What made it entertaining for me though was when Jenkins sniffed out what he thought might by a load of old twaddle and how he didn’t hold back in saying so.
A particular highlight was his interview with Bikram Choudhury, the founder of Bikram yoga. He let Choudhury tell some of his well rehearsed anecdotes about teaching yoga to the Beatles in 1959, and President Nixon in 1972, before quashing them with his own. Notably the fact that the Beatles didn’t exist in 1959 which he then followed with the understatement ; “Bikram’s anecdotes may not be completely accurate.”
In another quote Choudhury claimed that he was working with Nasa, only to be followed up by another of Jenkins cutting postscripts : “Nasa could find no trace of a research programme into yoga for astronauts.”

In the programme, most of those interviewed who are currently riding the wave of the yoga mass marketplace insisted that there is no contradiction between spirituality and material gain. However Jenkins didn’t sound convinced by this for a moment, as he visited the London Yoga Show at Olympia, a yoga championship competition, and even a Bikram class where his whispered report was reminiscent of David Atttenborough on the trail of a pride of lions, and the experience clearly left him horrified. “The man in front of me is dripping sweat from his shorts, his shoulders, his belly” and references to the prevailing smell of ‘toxic sweat’.
Another chuckle came when one Bikram yoga teacher said of Choudhury: “He’s ostentatious but underneath he really cares.”

Meanwhile in New York a yoga “talent agency” is marketing yoga teachers as superstars, hoping to cash in on yoga’s wholesome image; while one yoga clothing chain preaches new age self-help while specialising in stretchy fabrics that accentuate and flatter the female figure.  Ugh.


As Bikram and the Indian government compete with one another to try and patent the ancient poses essential to most yoga practices, we can only hope that more people including the US patent department will see through the fog of sweat, dollars and to a point national pride and realise that the whole point of yoga is to achieve enlightenment, and that unlike Bikram the most revered practitioners, whether known as yogis, swamis, mahatmas or even simply just calling themselves yoga teachers all transcend religion and capital gain. Yoga was India’s gift to the world and it would not be in the spirit of yoga for that gift to end up being legislated back in its box.