STAYING WELL WHILE TAKING ANTIBIOTICS
Following her treatment for breast cancer last year, my sister thought that she was on the up. She had been given the all clear and was ready and roaring to pick up her life again. Then out of the blue she succumbed to an agonising infection deep within the year old wound of her mastectomy.  The infection rapidly became so severe that she was forced to remain in hospital on intravenous antibiotics for several days to staunch the infection which had caused an enormous abscess to form and a fever to run riot throughout her body. Despite being discharged from hospital she continued to remain on anti-biotics for five more weeks while the site of the infection slowly healed. Feeling unwell and desperate to help herself she asked me for some suggestions which are listed below. 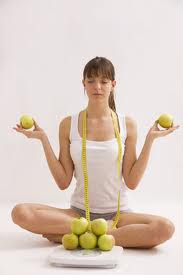 Whether it’s a bacterial infection affecting the skin, throat or any other part of the body, sometimes the only way effective way to get rid of a severe infection is by going on a course of sometime very strong antibiotics. However as in the case of my poor sister this may often make us feel worse because of the drowsiness, nausea and fatigue that taking antibiotics over a period of time bring about. What can help fight those symptoms is as with so many things what we choose to eat. Here is a list of foods that we need to add to our diet when on antibiotics:
Yoghurt
Antibiotics are chemicals that kill the harmful bacteria in your body. That, however, is not the only thing it kills as the antibiotics are so strong that when you take them, you end up killing the good bacteria too.  As a result, our bodies become more vulnerable to stomach yeast infections. Yoghurt contains the good bacteria that our bodies need and helps replace what the antibiotics kills. Eating probiotic yoghurt while on antibiotics also prevents nausea and dehydration.
Apples
Apples contain pectin, a substance that neutralises antibiotic side-effects such as diarrhoea, vomiting, cramps and nausea. It also helps in digestion. Eat at least an apple a day when on antibiotics.
Raw vegetables
Beans, broccoli, cabbage, cauliflower, celery, cucumber, green pepper, lettuce, onion, radish, parsley, peas, spinach kale, beets, artichokes and tomato are the foods to eat in plentiful supply. Avoid dry fruit and canned foods as they will only make us feel physically drained and lethargic. If you have to eat meat, go for organic products only. Some mushrooms, including shiitake and maitake, are powerful immune boosters.
Vitamins
Taking vitamin C, zinc, and thymus extract also strengthens our immune system.
Avoid sugar and junk food
Avoid junk foods such as chips and pizza. Limit the intake of sugar, caffeinated drinks like coffee and fizzy drinks. Drink lots of water to keep your system clear of impurities.
Avoid alcohol
Most antibiotics are broken down by the liver and so is alcohol. If both are taken at the same time, it is a heavy load for the liver to metabolise. This excess can result in liver damage. Also, drinking alcohol could result in diarrhoea and vomiting, lowering the level of antibiotic in the body and affecting its ability to fight infection. Even something as light as a glass of wine should be avoided when taking anti-biotics.
Preventative Measures
Ideally we don’t want to be taking anti-biotics at all! So when you have completed  the course of antibiotics to help you to get your immune system back in balance and try and work out why you were out of sync and vulnerable to infection consider visiting a natural health practitioner.
Importantly you can also support your immune system by exercising, getting enough rest, eating healthfully, doing mindfulness meditation or practising yoga.
In addition to eating a well balanced healthy diet packed with plenty of fresh fruit and veg you might also like to consider taking supplements like omega-3 fatty acids, zync and vitamins C and E.
EWYadmin2012-05-14T17:12:00+01:00