OLYMPIC LONDON IN A DAY

OLYMPIC LONDON IN A DAY
Since we have been renting out a spare room through the website Airbnb we have found ourselves becoming unofficial tourist guides to London.  In fact our latest guests, a lovely family from California here to support their steeple chase son rented our entire home for the middle 7 days of the Olympics. They had tickets to watch his event but with 6 more days in the capital asked me for some suggestions for the rest of their stay in London. Resplendent in its Olympic party hat, quieter than usual and with Londoners never more welcoming there has possibly never been a better week to be a visitor.

This is just a one day suggested schedule that have I found that give tourists without Olympics tickets the full London2012 experience.

10.00am While this is not an official part of the London 2012 programme, the Wellcome Trust’s ‘Superhuman’ exhibition is a great example of how a leading medical research institution finds a link to the Olympic content. Given the achievements of Usain Bolt and Oscar Pistorius, it also seems fitting that Wellcome presents us with work that explores humanity’s biological limits. The gallery is just outside of Euston station as well, so a nice gentle start into the city. 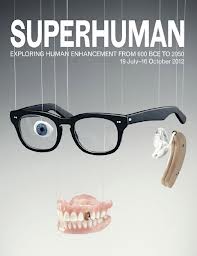 1045am – Head for Stratford By this time, the commuter traffic should be long gone, so try taking the number 9 bus south east to get an overground view of the city. Alternatively walk to Kings Cross to take the new speedy Javelin train direct to Stratford. Or The Circle, District or Metropolitan line underground train from Euston Square and head east to Liverpool Street. Once there, change to the Central line eastbound for Stratford. (journey approx 30mins) 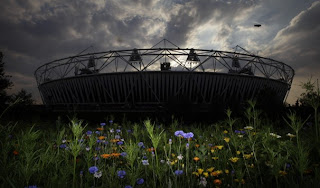 Tickets into the Olympic Park are sold out – so it’s really not worth trying to find a way in. However, you can get a sense of the atmosphere by walking around the area near the station. You can also glimpse the Park from around the area – and on the underground train leading into Stratford, so have cameras ready.
Just one word of caution about Westfield shopping centre, they have been restricting access to the shopping centre itself to ticket holders and accredited people, due to numbers, but you should still be able to walk around the nearby streets.
12.15am – Head south to North Greenwich From Stratford underground, jump on the Jubilee line and head south for North Greenwich, the location for the North Greenwich Arena or the 02 Arena as most people know it and  the Millennium dome for those who go back even further). Around the arena is also a new cable car, which you can ride quite easily if you have an Oyster card, otherwise the queues are very large. The site itself is worth seeing, just to get a sense of another London region during the Games.
1245am – Bus south to Greenwich Site of the Equestrian events, Greenwich is a lovely place to visit at the worst of times and during the Games will offer a nice glimpse into London life. Take the number 188 bus to get there (about 20mins). It’s also a nice place to have lunch and don’t forget to visit the famous Greenwich market.
2pm – London Bridge From Greenwich, get back on the Jubilee line and head west to London Bridge, iconic place for London city. Just to the west of the underground station is Switzerland House, one of the many national houses in the city during Games time. Try the Lindt Chocolate and walk west towards the Tate Modern gallery.
230pm – TATE Modern Free events are taking place in many cultural venues around London during the Games, many of which are connected to the London 2012 Festival, the Games time Cultural Olympiad celebration. One such place is The Tanks, a new space for TATE Modern which showcases some really edgy work and brings a whole new way of encountering the galleries. While at the TATE, you can also experience Tino Sehgal’s ‘live art’ in the main atrium, Turbine Hall, the London 2012 Olympic poster exhibition and Damian Hirst’s retrospective, all part of London 2012 Festival.

315pm – Crossing the Thames Walk from TATE Modern across the millennium bridge to St Paul’s to experience the cathedral up close. Lots of photo opportunities around here.

345pm – West to Oxford Circus & Piccadilly Circus To visit some of the classic tourist spots in London, head west on the Central line from St Pauls to Oxford Circus. Walk south down Oxford circus and you will pass the famous Hamley’s toy store (on the left) for any Olympic or Paralympic mascot needs. You can also duck into Carnaby St a cute shopping district on the same side of the street. Eventually, you’ll end up in Piccadilly Circus and it’s worth walking further east to Leicester Square, where all the UK blockbuster film premieres take place just to soak up the atmosphere. You will also get a feel for how high street businesses are celebrating the Games through their numerous window displays that allude to Olympic themes – a worthy photo set in its own right!
4:45pm – Royal Opera House From here, you can also visit Covent Garden for a drink, but also make sure you stop by the Royal Opera House, where ‘The Olympic Journey’ exhibition will take you back to the ancient Olympic Games and into the origins of the modern Olympic movement, ending with a display of iconic memorabilia, from torches to medals and a selection of inspiring athlete stories. 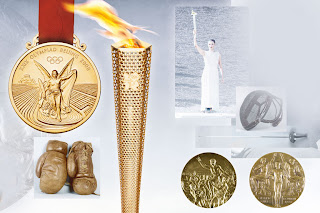 6pm – Now for some sport! Now, you’ve experienced a lot of the city, what about some sport? You don’t have a ticket, but you can visit the free live sites around the city for evening performances and big screens showing live coverage of what’s happening within the competition arenas. They are a great way to round off the day and you might even get an Olympic champion drop in showing off their medal. Here are three nice options in different parts of the city, but if you happen to arrive into London for the Closing Ceremony, some livesites are ticketed, so check first.
Hyde Park
This enormous park was also the site where the Olympic torch relay’s final evening reception took place with the Mayor of London receiving the torch on behalf of the city. There are plenty of affordable food options around, but you might want to bring a blanket or something to lay on.
Victoria Park
Another big park attracting thousands during the Games, this is very similar to Hyde Park, but is in the east of the city near Hackney Wick.
City Hall
Set with a lovely back drop of Tower Bridge with the enormous Olympic rings suspended for all to see, there is also open air theatre taking place on numerous nights and many places for dinner. This livesite gets very busy, so grab your food and drink before settling in on the grass for a couple of hours. They were restricting access on Jess Ennis night! This is my favourite pick and the London south bank is a great experience at anytime.
8pm – now a Show 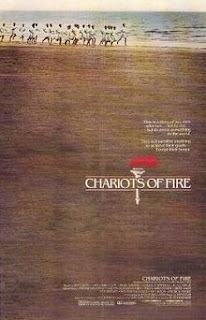 If you are able to stay in London overnight – try Airbnb! – then try to see a show. If you fancy some Chariots of Fire, cinemas around the city are showing this, but a more exceptional option may be to go to the theatre. Various performances are connected to the London 2012 Festival and will require pre-booking. Check their website for more information. Needless to say, there is far more than just a day’s worth of activity happening around London during the Games. Even if you hope just to experience the London 2012 Festival of cultural and artistic work, you could have two weeks here and still not be done.
EWYadmin2012-08-09T10:06:00+01:00