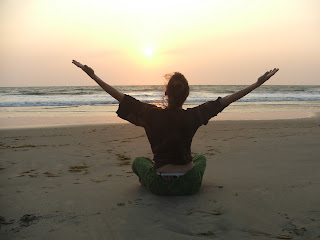 In summer a lighter diet feels better, and it’s the perfect time for cool fresh locally produced food. Our own abundance of British fruits and vegetables are all good choices.
Despite living in London I am very lucky to have an allotment and some summers we’ve become a little over run at this time of the year with early veg.
As I write this post its the summer solstice and although the sun is struggling to put his hat on – at least we’re beginning to feel a little of  it heat even if  a storm seems to be on the horizon.

At this time of year , food with cool properties can clear heat, reduce toxins, and generate body fluids. Cooling foods tend to be green and some of the coolest are lettuce, cucumbers and watercress. Fish and seafood are also cooling and are particularly good on the barbecue (most meats are warming), while spicy foods, alcohol, or caffeine that all heat the system so should be reduced. Instead drink lots of clean, pure water or add lemon and cucumber and chill in the fridge. Steer away from dairy, heavy, greasy and fried foods.

Tonight we have liberated some monster courgettes and plum tomatoes from our local Middle Eastern food store in Shepherds Bush and made a garlic and herb infused pasta sauce served with penne and wild rocket and cucumber salad.  Not quite as good as cooking up our own veg from the allotment which is  currently about two months behind but still it feels like we’re tapping into summer at last here in West London!

To enjoy some more of our veggie dishes which are possibly more popular than the yoga – why not join us on my next One Day Rural Retreat on July 6th see http://www.elisawilliamsyoga.com/page11.htm for details!
EWYadmin2013-06-21T17:10:00+01:00